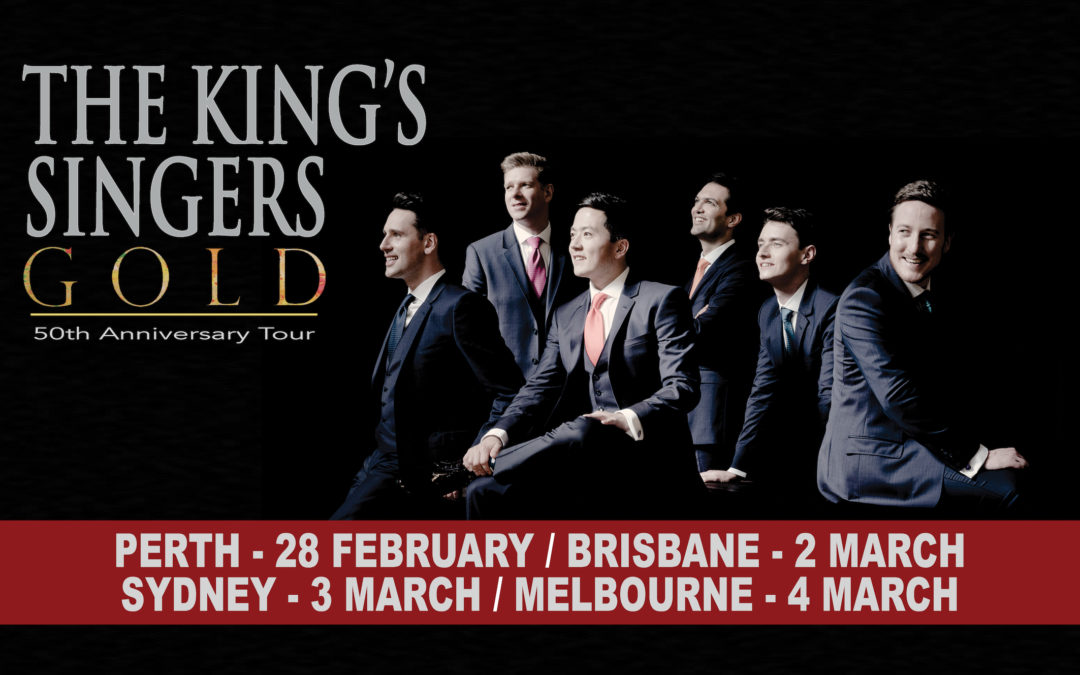 With “voices of spun gold” (BBC Music Magazine), The King’s Singers are masters of vocal harmony. These polished entertainers sing a mix of ancient and contemporary, classical and popular, all delivered with “pinpoint precision and total rapport” (The Times, UK).

In a rare visit to Australia, this irresistibly charismatic ensemble performs on their whistle-stop “Gold” world tour to celebrate 50 years in the business. Double Grammy Award–winners, The King’s Singers are beloved the world over, from London’s Royal Albert Hall to New York’s Carnegie Hall, and we’re excited to announce that we have some double passes to give-away to their Australian concerts!

Acclaimed worldwide for their virtuosity, life-affirming energy and heart-gripping harmonies, The King’s Singers take you on a mesmerising musical trip from the Renaissance to now.

About The King’s Singers

In 1968, the original six King’s Singers came together through their shared love of singing and quickly became world renowned for their mesmerising performances. Celebrating their 50 Year Anniversary in 2018 and touring Australia from February 28 to March 4th, The King’s Singers chart their journey through the music – a breath-taking repertoire that has evolved to become one of the most diverse and compelling imaginable.

With a discography of over 150 recordings The King’s Singers have set the standard for the art of a cappella everywhere. They are the recipients of two Grammy® Awards, an Emmy® Award, the Midem International Classical Award and recent inductees into Gramophone magazines Hall of Fame.

From stunning performances of Medieval and Renaissance music to multiple commissions and new arrangements of pop songs, The King’s Singers have always been lauded for their flexibility and the diversity of their repertoire, which includes a panoply of commissioned works by many of the supreme composers of our times – including Sir John Tavaner, Toru Takemitsu, John Rutter, Luciano Berio, Nico Muhly, György Ligeti and Eric Whitacare.

This love of diversity is reflected in the 50th anniversary release, Gold, a triple-album of new recordings featuring 60 tracks spanning over 500 years, celebrating the amazing musical heritage of The King’s Singers. In a rare visit to Australia, this irresistibly charismatic ensemble performs repertoire from Gold in a serries of stand-alone concerts and with guest appearances by, and collaborations with, some of our countries leading choirs.

An alchemy of ancient and modern, serious and light- hearted, expected and unexpected, the Gold programme features premieres by some of the great contemporary choral composers of our day, alongside masters of the Renaissance and Romantic era’s.

Join one of Britain’s greatest musical exports for a musical trip from the Renaissance to now. Prepare to be charmed. 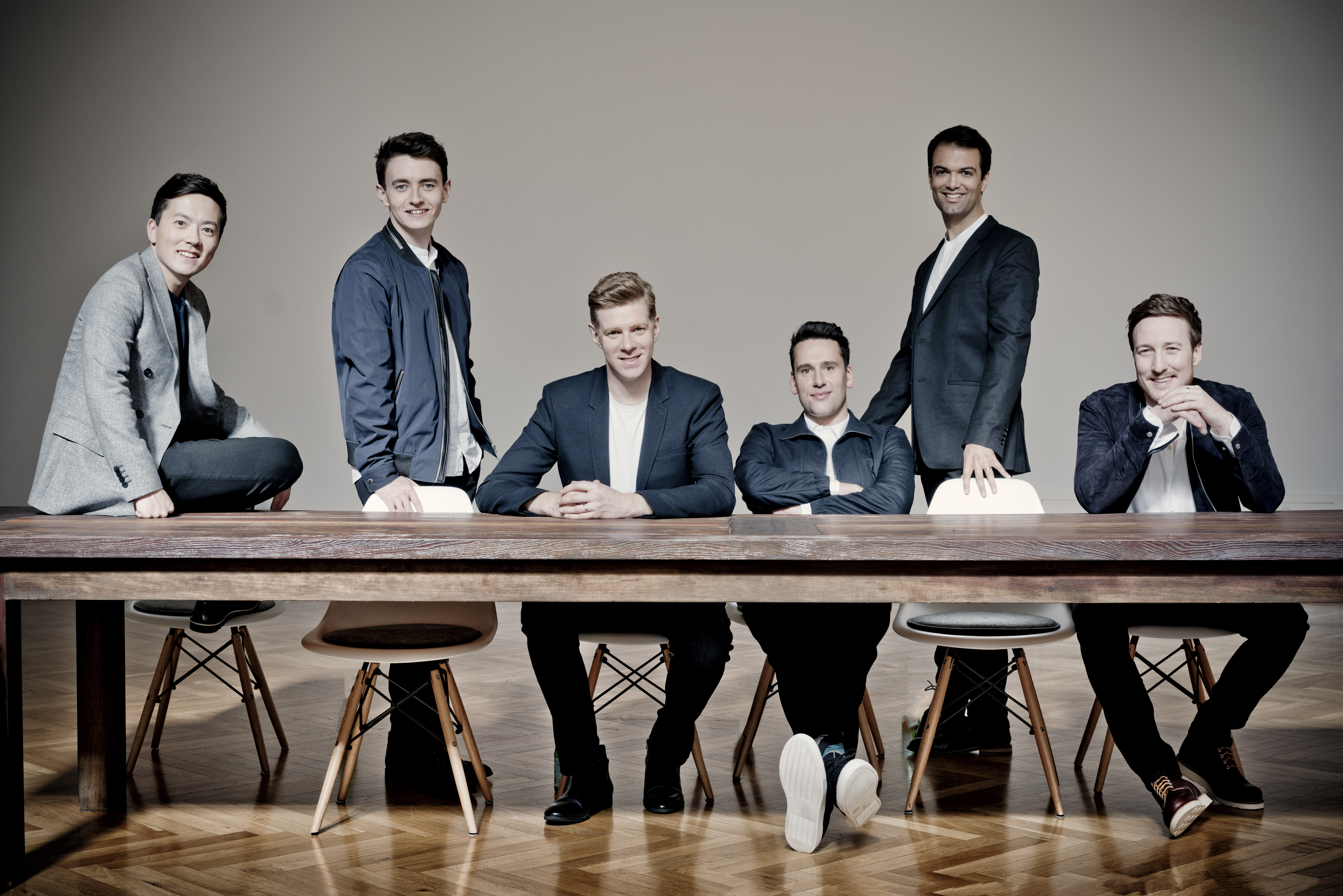