Who are we and what are we about?

The Vocal Australia team are just like you – vocal music nuts who want more! Our director, Amelia Alder, is a professional musician with a wealth of experience performing, recording and touring a cappella both here and abroad.

Over the years we have taken note of some of the impressive vocal music scenes overseas in the US, Europe and Asia and believe that it’s only when we join forces that groups in Australia will get the recognition, exposure and opportunities they deserve.

Vocal Australia is dedicated to serving the a cappella community of Australia. We provide various resources and services for groups and individuals, and also run regular events and workshops featuring both local and international presenters. These events provide the opportunity to network with and learn from each other in a friendly and welcoming environment.

To develop, grow, support and nurture the a cappella singing scene in Australia in the most efficient and effective way possible, through the production and provision of education, events and resources.

Vocal Australia sees an improved and developed Australian culture and community, which embraces expression and creativity through group harmony singing.

Amelia Alder is a passionate performer, experienced and energetic music educator and vocal director. With a BMus (Hons) in Performance, a Grad.Dip.Ed (Music) and an Australian Kodaly Certificate in Music Education, Amelia has directed vocal groups at numerous schools, universities and organisations and currently teaches at Caulfield Grammar School, is a vocal tutor and conductor for the Young Voices of Melbourne.

Starting violin at three years of age with the Suzuki and Kodaly methods, Amelia has a strong association with many music associations throughout Australia. Amelia’s association with the Kodaly Music Education of Australia has developed from learning it as a student, to lecturing the Teacher Training Courses for Kodaly – Victoria Branch.  Along with her performances as a sessional musician (singer, violinist and conductor), Amelia has recorded and toured extensively as a singer and vocal tutor with the following internationally acclaimed vocal groups: 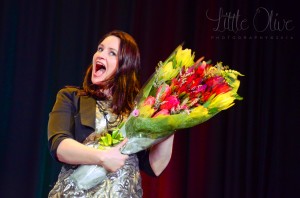 With performances on film, TV and numerous live broadcasts for radio, Amelia has recorded over 30 CDs as a singer and violinist.  For the past 15 years has also worked for Major Events Production Crews (Kerrie Hayes Productions) on over 40 shows presenting the On-Field Pre-Entertainment for major sporting events throughout Australia including the AFL Grand Final, the Grand Prix, and Stage manager for the Moomba Parade and the Commonwealth Games Arts Festival.

Some of her experiences in the industry include:

MUSIC EDUCATOR / CONDUCTOR
Amelia can be contacted at amelia@vocalaustralia.com

Please GET IN TOUCH if you’d like to be involved with future Vocal Australia projects.