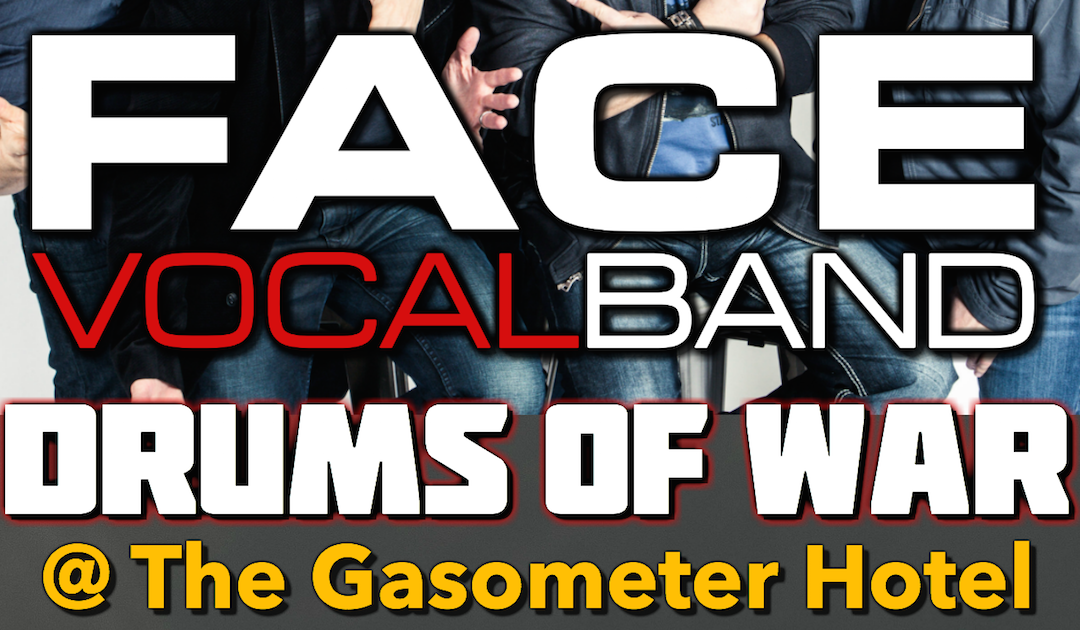 Aussie a cappella band Drums of War has teamed up with the internationally acclaimed all vocal rock band Face Vocal Band (USA) to bring you a night of unforgettable entertainment!

All the way from Boulder, Colorado, FACE have been captivating audiences for fifteen years with their infectious energy punctuated by an endearing love of performance.

In FACE’s first tour to Australia, this is a show not to be missed and we’re so excited to announce that we have some double passes to give-away. 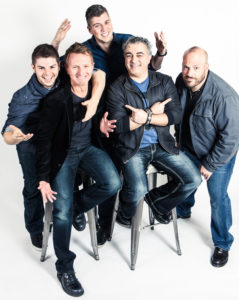 Critics and fans world-wide rave about Face’s stage presence and performance as much as they do the music. “[Face] communicates with a directness and warmth – perhaps America at its best.” (Norbbottens Kuriren) “An instant connection – twinkling eyes suggesting a mischievous love of what was about to happen.” (FringeReview.co.uk) “A true American heartland sound.” (Recorded A Cappella Review Board)

About Drums of War 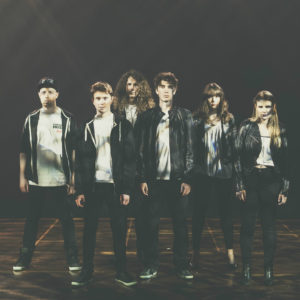 With explosive rap, soulful licks and a completely unique sound, Drums of War produces hip hop and R&B music with nothing but six voices.

Blasting onto the scene, Drums of War debuted at the Vocal Australia AUSACA 2015 Championship, competing against over 30 groups from around Australia and being crowned the 2015 Australian A Cappella Champions, not to mention the multiple awards they received such as Best Vocal Percussionist, Best Contemporary Song and Best Soloist.

“Drums of War is the first vocal band that I’ve heard anywhere that forced my hand as a judge to award best lead vocals to their rapper. These guys are scary good -remember the name!” – Peter Huang, MICappella, SNG

Following their success at the Australian Championships, Drums of War have appeared on Channel 7’s Sunrise and The Big Music Quiz, Channel 31’s 1700, Channel 9Go’s Kids WB, as well as performing as part of music festivals and events around Victoria. Appearances include the Victorian Young Achievers Awards, White Night Festival, Brunswick Music Festival and the Sale Music Festival, as well as performing for both Metro and Nova FM.

2016 saw Drums of War begin its international ventures competing in the invitation-only Asia Pacific A Cappella Championship League in Singapore, battling with groups from Hong Kong, the Philippines, Taiwan and more, placing 2nd overall and receiving awards for Best Stage Presence and Best Pop Arrangement. This led to Drums of War touring to Hong Kong in 2017 to perform as headliners at the Hong Kong International A Cappella Festival,

Their debut album “Shadowboxing” (released in 2017) featured their first original track “Shadowboxing” which went on to receive the award for Best A Cappella Video by a Professional Group in the international 2018 A Cappella Video Awards. Presented at the Los Angeles A Cappella Festival, Grammy winners Pentatonix finished as runners-up to Drums of War for this major award. “Shadowboxing” also won Best Hip-Hop Video and was runner-up for Outstanding Video Editing at the AVAs.

Though they have performed at venues around Melbourne, such as The Toff, the Grace Darling Hotel and Bar Open, as well as overseas, Drums of War are more likely to be found busking on the streets of the Melbourne CBD – bringing their organic, urban sound straight to the people of their hometown.

Drums of War connect directly to their audience not only through busking on the streets, but by their rapidly developing online presence – regularly uploading a cappella videos to their Facebook and Youtube pages. Their cover of the Triple J Hottest 100 2016 caught the eye of both Tone Deaf and AusPop.

Supporting and collaborating with acts such as Suade and Beautiful Beasts, Drums of War are expanding into the world stage and pushing the boundaries of vocal music. 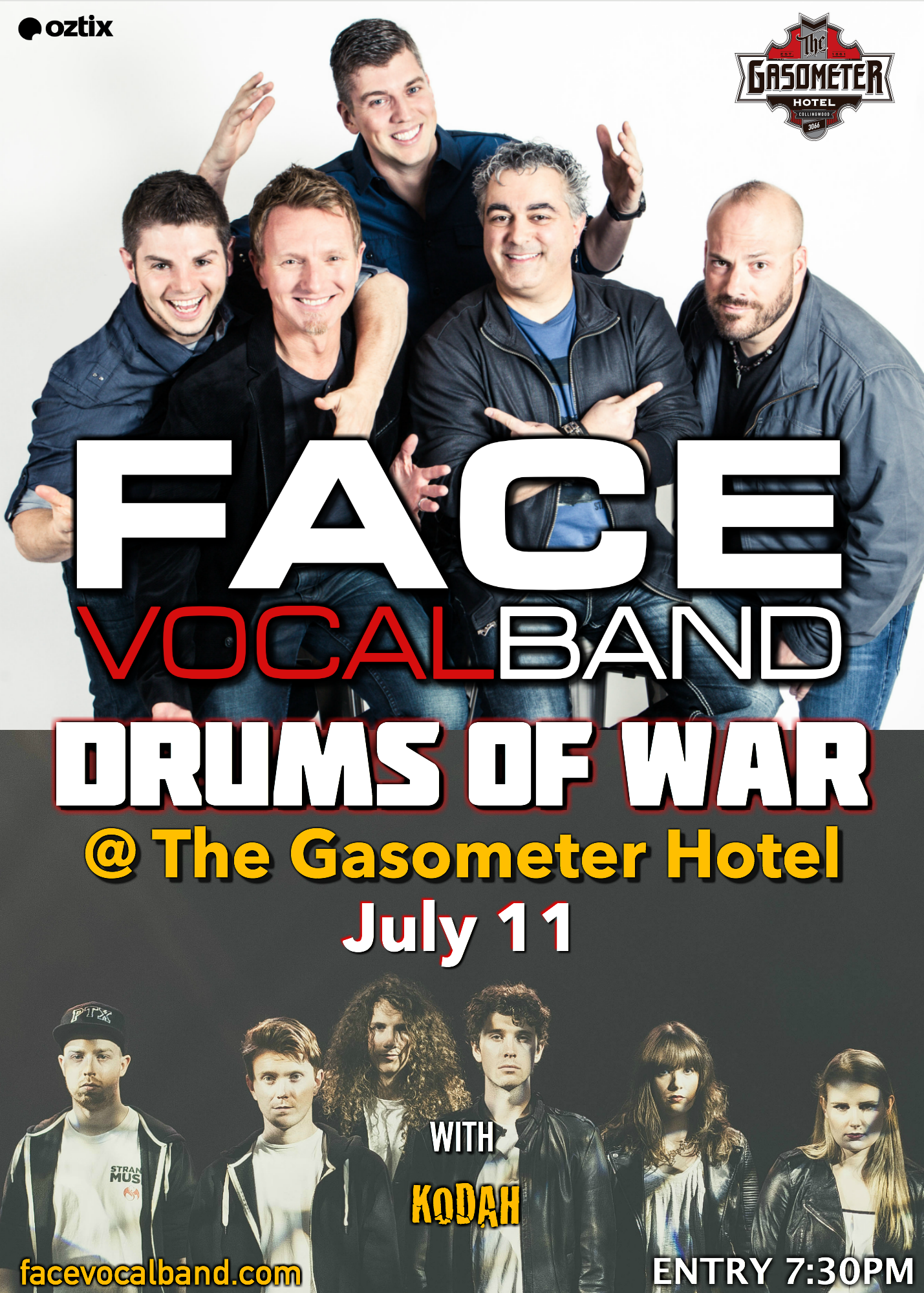