Congratulations to Acapollo on reaching the AUSACA Australian A Cappella Championship – VIC State Finals! Acapollo are one of many music ensembles from Apollo Health Music Society at the University of Melbourne. With an interest in health and wellbeing Acapollo regularly perform for several hospitals, aged care facilities and disability centres, including a performance at the Teddy Bear Hospital where their uniform was onesies!

2015 is Acapollo’s second time participating in AUSACA. As AUSACA VIC State Finalists in 2014 they walked away with the Special Award for Best Comedy Song! We can’t wait to see what they’ve got in store for AUSACA 2015!

Check out Acapollo’s performance of Beautiful Day, Say Something and The Fox from their 2014 competition set. 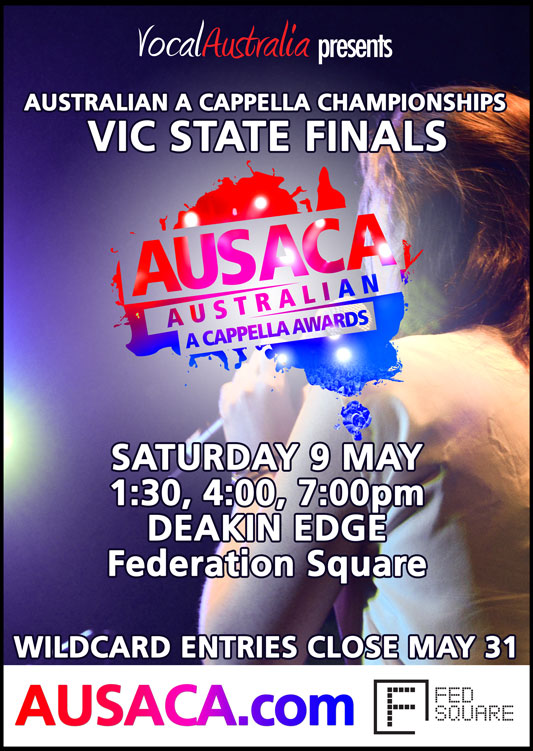