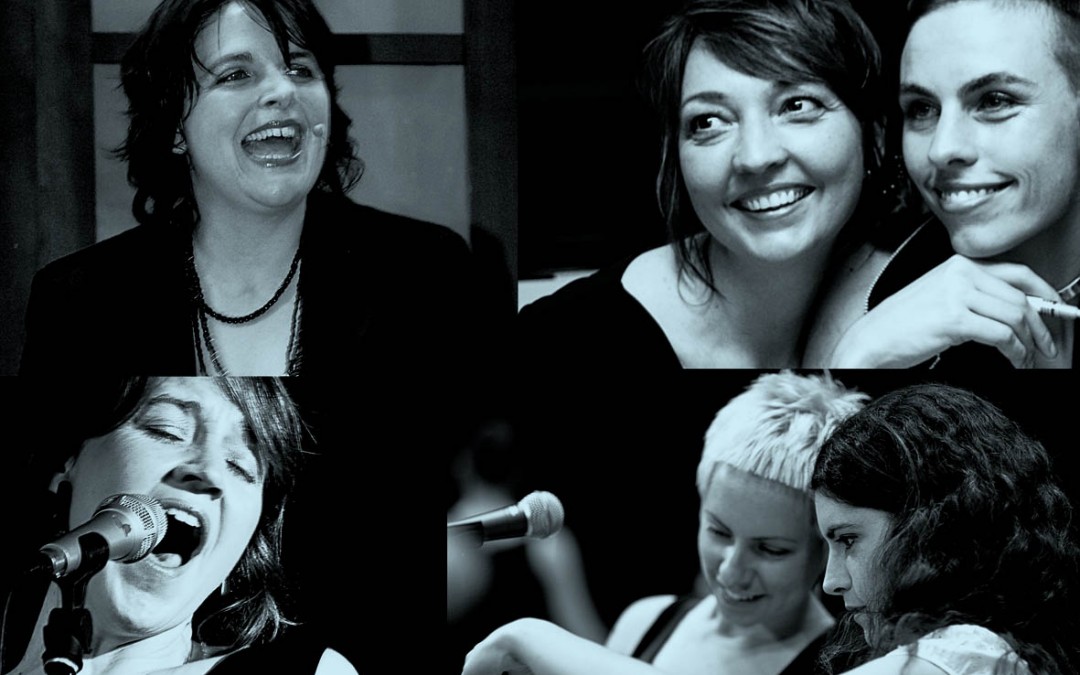 Melbourne’s own Coco’s Lunch have been wowing audiences with their original and innovative contemporary a cappella music for over 15 years.  Featuring five extraordinary singers (Lisa Young, Sue Johnson, Jacqueline Gawler, Gabrielle MacGregor and Nicola Eveleigh), the talented group have gone on to release six albums, with two of those especially for children…and the young at heart.  As invited guest artists, Coco’s Lunch have headlined festivals throughout Australia, Asia, Europe and Canada sharing their unique compositional style infusing jazz, folk and world music influences to audiences all around the world.

Internationally, they’ve had great success winning the Contemporary A Cappella Recording Award (CARA) for Best Folk/World Song (“Thulele Mama Ya” by Lisa Young) and receiving Runner Up for Best Folk / World Album for “A Whole New Way of Getting Dressed”.  While 2007 saw them receiving two Australian Recording Industry Award (ARIA) nominations, one for “Blueprint” for Best World Music Album and the other for “Rat Trap Snap” for the Best Children’s Album.

Performing a rare concert in their home town of Melbourne, Coco’s Lunch demonstrated their exceptional musicianship performing complex rhythmic patterns with complete ease while effortlessly improvising heartfelt melodies. Their vibrant songs build up layers to create a groove that you can’t help but want to move and sing along to. The versatile performers access an array of technical skills that they’ve learnt on their musical trips around the world. Returning home with new ideas and tricks up their sleeve Coco’s Lunch entrance the audience with their stage presence.

As part of the University of Melbourne’s Graduate House Concert Series the performance space was unfortunately lacking in a stage and was significantly limited with lighting effects.  With a packed out audience the intimate setting focused the attention on their stunning voices that beautifully blend together.   Though the majority of their show is completely a cappella Coco’s Lunch do add flute and a few drums for some of their songs.  It would be great to see them step away from their instruments and perform a completely a cappella show at some stage in the future.

As vocal improvisers Coco’s Lunch are some of the best on the international stage.  Jacqueline Gawler’s solo for “I am your grandmother” breathes warmth into the song as it wills you to honour your heritage.  Lisa Young’s flexible voice and brilliant musicianship shines through during “Thanga” as she performs complex vocal percussion sections inspired by indian drum patterns and Lisa’s low bass notes resonante throughout the “Palani Princess” to build the rhythmic drive of a train complimented by Jacqueline’s solo inspired by her travels in India.

With many fans of their children’s songs as well, Coco’s Lunch didn’t fail to impress, with “There’s a Baby in My Belly” providing some child friendly anatomy lessons and a few laughs.  The young at heart happily joined in with gusto for the sing-along moment in the jazz band inspired “Little Miss Muffett”.  Rounding out their program with “Sister my Sister” and the luscious and warm harmonies in their encore “Thulele Mama Ya” sealed Coco’s Lunch as a unique world class a cappella act who deserve copious accolades along their journey.