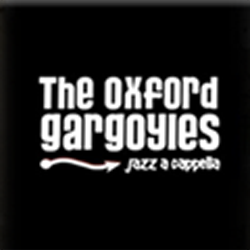 The Oxford Gargoyles are Oxford University’s only Jazz a cappella group.  Founded in 1998 the Gargoyles are well travelled with several USA tours under their belt after winning the 2007 Western European category of the International Championships of Collegiate A Cappella and more recently the 2010 Voice Festival UK competition for collegiate groups.  Their CD Flyin’ Right showcases the Gargoyles’ passion for Jazz.

Decked out in black tie and British charm the mixed group of 12 singers put on an entertaining show. With different soloists and beatboxers for each song the Gargoyle’s show was packed full of energy and variety.  Their great arrangement of  ‘Change in my life’ featured a passionate performance by the lead.  However, their well rehearsed show saw the choreography sometimes becoming a little too over the top which tended to distract from both the soloist and the piece.

Complex and challenging harmonies go hand in hand with Jazz repertoire and subsequently to perform it well singers need to have both a great ear for tuning and well-controlled vocal technique.  Unfortunately there were numerous moments during the Gargoyle’s performance where their intonation, limited blending of vowels and somewhat over the top scatting just missed the mark.  In particular, the sopranos had a tendency to sing very sharp on notes.  This was unfortunately exaggerated in their performance of Manhatten Transfer’s ‘Birdland’ where the notes were already very high and loud!

With only the use of simple lighting effects and no microphones, the Gargoyle’s show would significantly benefit from further amplification to at least assist the soloists and the beatboxers to be heard over the sound of the rest of the group. For a group such as the Gargoyle’s, who have the musical ability to work out the first chord in their head before starting a song, it was a shame (and a big NO NO in my books!) to hear them sing the first chord out loud before starting their songs.

The Gargoyles’ performance of Kiss De Girl was a clear highlight and not just for their creative and hilarious choreography (it featured the group transformed as a boat complete with a monkey!) but also as the song featured more simplistic harmonies that the group naturally found easier to tune.  Overall, the Gargoyles are great entertainers who with a little more time devoted to fine tuning a few elements of their performance will continue to grow from strength to strength.