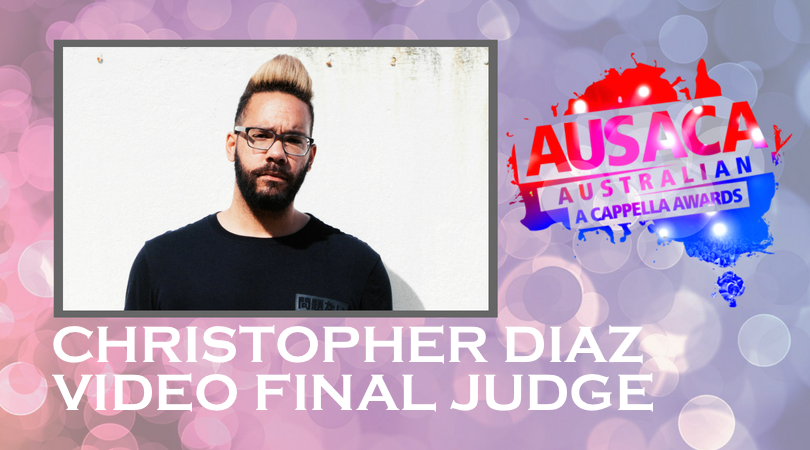 We’re excited to announce that the wonderful Christopher Diaz (USA) has once again joined our Judging Team for the Video Finals for AUSACA Australian A Cappella Awards!

In 2012, Christopher joined Deke Sharon, Ben Bram and Robert Dietz on the music staff of NBC’s The Sing-Off (Season 3). After the show he co-founded the international touring group, The Exchange, which performed hundreds of shows for audiences in over 50 different countries on 6 continents. The Exchange joined the American boy band The Backstreet Boys as support for their 32 city “In A World Like This” stadium tour, and competed on Season 5 of NBC’s The Sing-Off, taking the runner-up title.

After the group dissolved in 2016, Christopher, along with Richard Steighner and Alfredo Austin stayed together to continue pushing their own boundaries in a cappella with their trio Freedoms Boombox. In the last two years Freedom’s Boombox has risen from internet sensation to international touring trio.