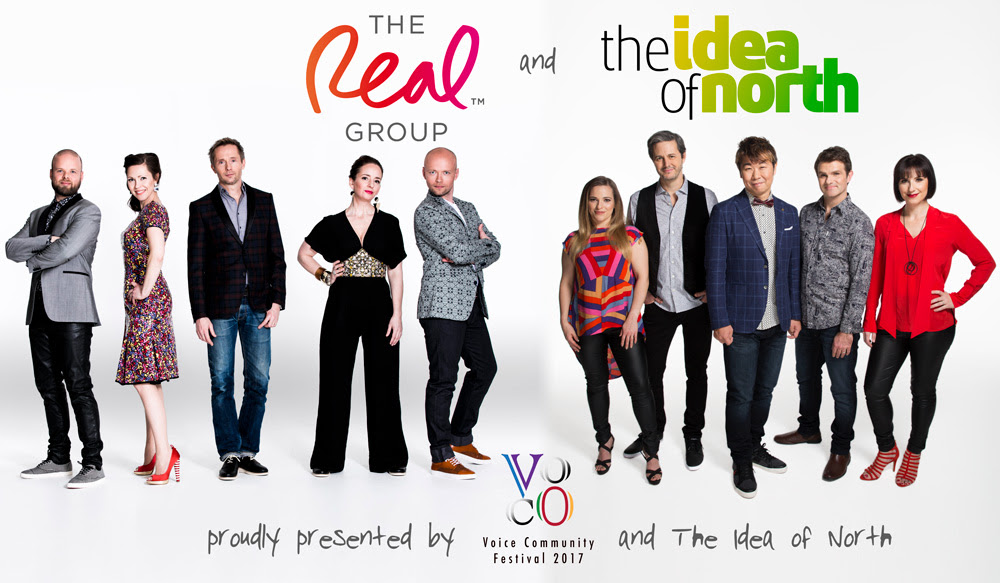 Just one week after our AUSACA Australian A Cappella Awards – Championship Finals (8-9 September), our dear friends from The Idea of North are joining forces with The Real Group (Sweden) for two Australian concerts only! And we’re excited to announce that we have some double passes to giveaway.

‘The Real Group Down Under’ Ticket Giveaway Competition
If you’d like to be in the running to get your hands on these highly sort after tickets then:

About The Real Group

The Real Group was formed in 1984 by five students at the Royal Academy of Music in Stockholm. The original members were eager to explore the artistic world of vocal music with an emphasis on jazz, pop and folk music. The group quickly gained an international audience and has grown to become one of the cornerstones of modern a cappella. Today the legacy of The Real Group is maintained and further developed by worldwide concert tours, recordings, educational mentoring and published scores. The mentorship has evolved over the years and continuously seeks to integrate artistic aspirations with human rights, ecological awareness, global concern and a feministic mindset.