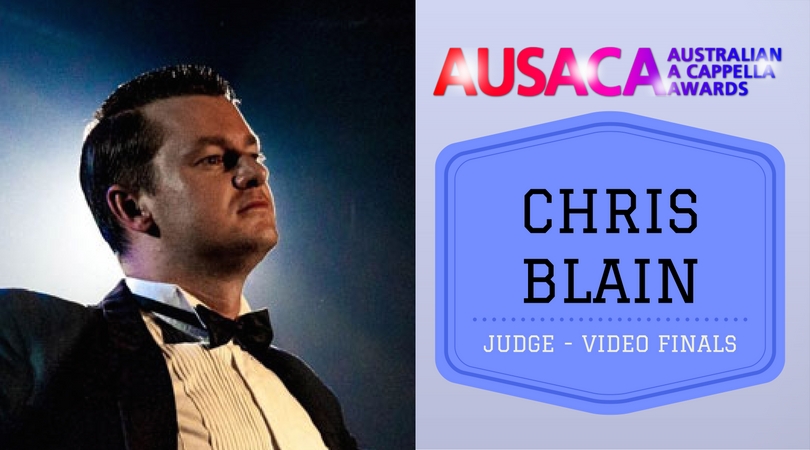 We’re excited to announce that Chris Blain will be our head judge for the AUSACA Australian A Cappella Awards – Video Finals 2017!