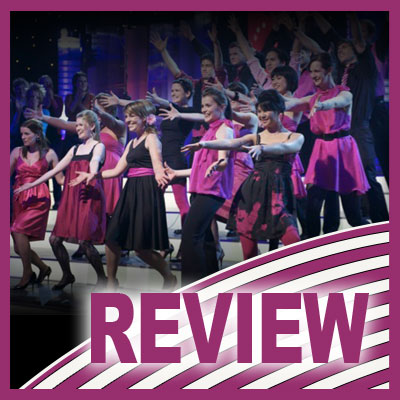 Melbourne based a cappella community choir Harambee excitedly celebrated their 10 year anniversary with their Hip Hip Harambee concert on Sat 4 August, 2012. From their early beginnings as Three Girls, a Guy and a Pitch Pipe through to a 24 voiced auditioned choir Harambee has had many successes including advancing to the State Finals of the ABC Classic FM Choir of the Year Competition (2006), Grand Finalists of Channel 7’s Battle of the Choirs (2008) and numerous interstate tours.

As a Harambee alumni and frequent audience member at Harambee concerts it was fantastic to see Harambee paying tribute to the evolution the group has taken musically throughout the ten years with performances of a variety of repertoire from world music, folk songs, Australian compositions through to Harambee’s current musical focus on a cappella arrangements of contemporary pop songs.

The jam-packed show, though both energetic and entertaining, at times felt quite cluttered.  Musically, some of the groups own arrangements could benefit from some fine-tuning to eliminate an excess of textures that make it hard for both the audience to know what to listen too as well as being difficult for the singers to lock in the harmonies and balance the parts.  Throughout the concert the more simplistic and tried and tested arrangements allowed Harambee the opportunity to musically shine.

From a visual point, a lot of the choreography was often over the top for a group of this size resulting in the music and the integrity of the song taking a back seat. The stage was also quite busy between songs with alumni coming on and off constantly throughout the night to join for different songs.  It was definitely great to hear the alumni join Harambee with the group not only doubling in size but also providing a significantly stronger sound though the concert might have flowed more smoothly if the alumni only sang for one defined bracket.

It was also unfortunate that the audio equipment let Harambee down throughout the night with the soloists mics frequently cutting in and out, the VP sounding very muddy and lacking in clarity and punch and the set positioning of condenser mics in the constantly changing group size resulting in an unbalanced sound.

A clear highlight of the night was Emily Doyle’s solo in “I Hope” (opb Dixie Chicks).  Not only did the song completely suit Emily’s voice but also the great arrangement by Harambee’s musical director, Jane Patterson, complimented the group’s musical ability.

Full of pizazz, laughter and plenty of pink and black, overall it was an entertaining night.