REVIEW: All The King’s Men 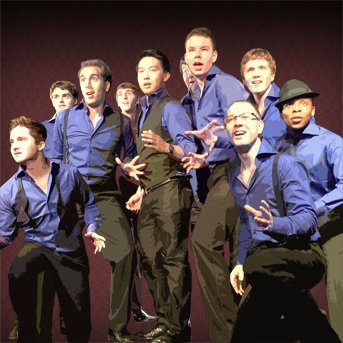 All The King’s Men (ATKM) have been putting all the pieces together again since starting the only all male a cappella group at King’s College, London in September 2009.  With a sell-out Edinburgh Fringe run in 2010 and a tour to the USA earlier this year, ATKM have quickly established themselves as one of the UK’s premier collegiate a cappella groups.  As finalists and ‘Best Performance’ award winners at the Voice Festival UK the group deliver a show that is top full of contagious energy, cheeky choreography and strong harmonies.

ATKM happily take the mickey out of themselves throughout the show but their mash-up medleys are where the boys really get to show their comedic side.  Their American tribute medley (arranged for their recent tour to USA) strings together everything from Team America to American Woman, Eye of the Tiger to the Final Countdown.  Meanwhile, their British medley is jam-packed full of all the Spice Girl hits complete with girly dance moves!

The boys are natural musicians, singing with blended voices and expressive phrasing.  However, there were a few times throughout the show where their inconsistent control of their voices pointed out the gaps in their vocal technique.  With condenser microphones placed on the front edge of the stage as their only amplification there were countless times where the beatboxers and at times the soloists were sadly drowned out by the powerful singing from the rest of the group.

With high paced dance moves in most of their songs, it was the stillness and great control of their voices that made their performance of ‘Hallelujah’ a clear highlight.  Singing with passion and commitment to the lyrics, ATKM displayed great contrast in dynamics while maintaining a warm tone.

ATKM often try to squish to many musical ideas into an arrangement resulting in an over-crowded sound.  In moments like these it’s good to remember the less is more philosophy.  In the future it would be great to hear more arrangements from ATKM that leave space between the notes for the audience to absorb all the yummy sounds around them. 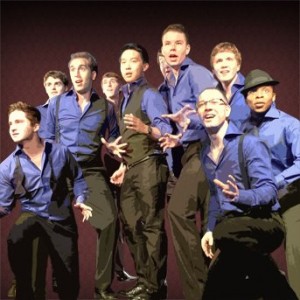